POR014 : WEOT SKAM "Six Pack Tsunami Attack" CD – Rm 10
CHILLED OUT FAST HARDCORE PUNK, WEOT SKAM RETURN WITH A FULL LENGTH ALBUM OF LOCOMOTIVE POWERED, HATE-FUELED, FIST IN THE AIR, LIBIDO IN THE UNDERWEAR HARDCORE AND FUCKING ROLL. IT'S LIKE THE BAD BRAINS MET LYNYRD A , AND THEY'D KICK YOUR BACKPACKER'S ASS BACK TO WHERE YOU BELONG!!!
You can listen to some of the songs here
http://weotskam.bandcamp.com/

Iron Cage - Nature Isn't Mute, Modern Man Is Deaf gatefold cd –Rm 10
Iron Cage (featuring members of Los Asesinos Del Superficialidad, a godsend band name when you're trying to pad out a review) were a very pleasant surprise when they toured with fellow Dutchies The Last Mile (who proceeded to completely level the venue) a few years ago. Much of what I remember involved a lot of jumping around and generally energetic hardcore riff action, so it's great to see that this album positively bristles with all that and so much more. There's a definite mix of air-punching hardcore with a more cerebral approach of a band like Rites Of Spring, or a Mike Kirsch Ebullition band, with plenty of pace but also plenty of invention.

Coche Bomba Discography cd – Rm 10
45 songs that include the 12 "Vector de la muerte" plus a mix of all albums and split. Coche Bomba were five jerks from Lyon starting playing fast, violent and distorted Hardcore Punk at the beginning of the Nineties. Not that they were ahead of their time, but their quirky sound, machine-gun drumming, odd tempo changes, were not that common by French standards back then... Instead of following trends or imitating bands, Coche Bomba rather developped its personal musical approach. Lyrics, alternatively sung in French, English and Spanish dealt mostly with socio-political issues. Despite being unappreciated and misunderstood in their early years,the band managed to gain recognition in the European H/C scene from the 90s.COCHE BOMBA - South East Asian Tour Discography

SETE STAR SEPT 'Live In Baltimore 2011' cd – Rm 10
Absolute mess in the very best way. Sete Star Sept's form of grinding chaos sounds refreshingly different, taking its cues from classics of the old and new schools of grind and noisecore, but with bizarre song
un-structures that give things an almost organic, improvised feel.This is not to say that it's loose and unfocussed, as the interplay between the three players (including drummer Kiyasu, who was in the first incarnation of The Endless Blockade) is totally locked down, with them meeting at crucial stop-start moments in suitably tight fashion. These vicious slashes of sound are almost too much to take in. but it's basically a pretty amazing exercise in humans making as inhuman a racket as possible.

My Man Mike – Will You Marry Me? ( Amazing Korean fastcore ala Charles Bronson) Rm 10

V/A 'Movin Up, Movin On' CD* - Phillipine hardcore punk compilation to document the newer breed of bands that are making a dent – Rm 10

Emanon - behind the wallsof melody - emo-hardcore from  in the vein of Circle Takes The Square. Rm 10


Sheeva Yoga/Shellshock Split cd (Raging Fastcore from Czech) – Rm 16
by pissed off records! at 8:57 AM 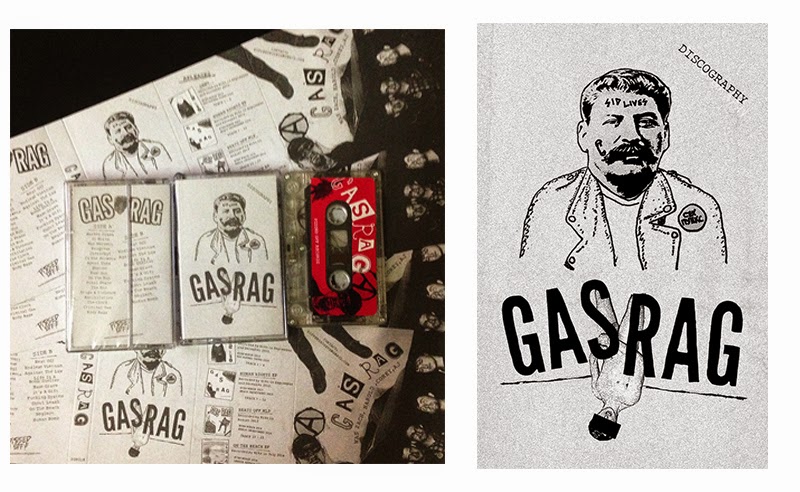 This 28 tracks tape compiles everything that they've released up to 2014
(Demo,Human Rights ep,Beats off MLP & On the Beach EP)

Cheap wholesale are available and contact us for possible trades.

pissed off records!
Malaysia
Any inquiries regarding wholesale or possible trades are welcome. :) Please email me at pissedoffrecs (at) gmail.com